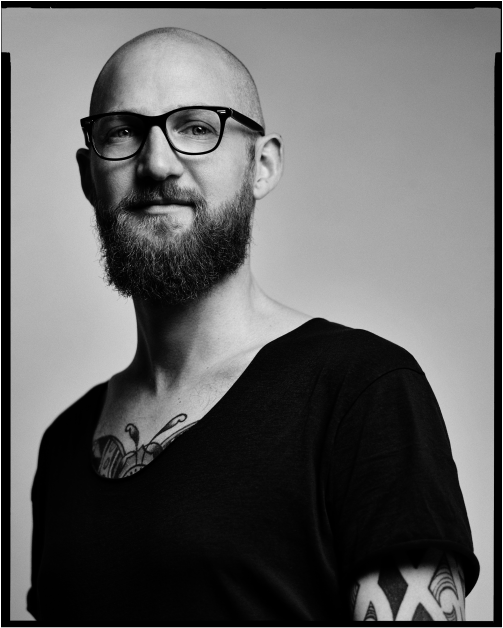 All those hours skipping school to clean out the video rental… proved to be an omen!

It was during his Social and Cultural bachelor at the HVA, Amsterdam that it all came together. Wiebe van den Ende wanted to write and direct movies.
After convincing the schoolboard that the qualifying competitions could be gained by producing Film, TV and Documentaries he started his internship at TV West; Directing and editing items.
The urge for storytelling, the art of framing and his musical skills it al came together in editing, revealing the world behind the frame. Finishing his Bachelor with a music documentary about his own breakthrough band: “ Smogus; We Wont Stop” and set the tone for the future.

Rock and Roll: A period filled with intensive touring, creating items and directing music video’s and live registrations follows.  (Smogus: Live ’n Unplugged, Live at Paradiso, Autumn Live . Textures - Millstone, 2 Days on Milk - Can’t Get Enough, Daddy’s Girl - Upside Down)
In 2007 a small production company gave Wiebe the possibility to work on Ajax TV items, make the Ajax season summary DVD 2007/2008 and got picked up by MTV in 2008 to start working as a On-Air promo editor and director.
Again a new world opened with lots of  opportunities. Creatively playing with existing material, creating new stories and contexts, summaries, juxtapositions while seducing and tempting the viewer. MTV also gave him the opportunity to direct more and more, promo’s and commercials for Nickelodeon, MTV, TMF and Comedy Central paving the way for a year working as a promo maker at the prestigious Film1 crew.

Then it was time for independence. Working for and with clients like, SBS, MTV Networks, Viacom, Discovery, Disney, KPN, Delta LLoyd, Heineken, HBO, etc.
In 2011 a pitch for a film-contest for Stichting Lezen & Schrijven during the Dutch filmfestival 2011 resulted in the short film: Vox Scripta.  An 18 minute short fiction film about a illiterate librarian, who while trying to impress the girl of his dreams discovers his talent for storytelling. (with Jim Deddes, Liza Sips and Dieter Jansen) This debut nicked almost every award presented that night: Best Film, Best Direction, Jim Deddes won Best Actor and the movie got raving critics.
A very good incentive to write and create more projects.

Like co-writing a pilot for the NTR with Tim Oliehoek, co-writing a scenario for a new TV series and a new short film: Eénnachtsliefde (One Night Love) with Gaite Jansen and Wieger Windhorst which got selected for the Short film corner at the Cannes film festival 2015.
This ment picking up the pace with finishing two short films and a high end music video only five months into 2016. Exit, with Hidde Simons and Thomas Wander Oerlemans, got selected for the Shortfall Corner at the Cannes film festival of 2016. Sede de Furia, with Guilherme Chelucci and Isabella Lemos, Shot in Sao Paolo in Portuguese and snow heading to many filmfestivals all over the world.
The music video for GECK-O -  Tripper is pushing boundaries and is bound to have it’s world release in June, being heavily pushed in US, UK, Australia and South- Africa.

In February 2017 four of his short films screened at the Royal Dutch Embassy in Tokyo. Later that year he wrote and directed the 10 minute Cinematic VR Dark Romantic Comedy INCITEMENT. It was one of the most watched independent VR films at NEXT at the Cannes Film Festival .

Currently Wiebe van den Ende is working on the 10 x 20 minutes VR-project MY ONLY WAY OUT with Rinkel film and La Mado FIlms. The project was recently presented as one of the most innovative VR projects of the world at IFFR, Cross Video Days, VR Days Europe and in June 2018 Sandbox China.
And he is writing his first international feature film: CAMERON & How to never outshine a bride and other futilities in a life and death situation.

The mood is set, many projects are alining. The world needs to be conquered. The sails are hoisted and the ship is leaving the harbour.